Highlights of the Draft 4th Amendment to the Patent Law published on January 4, 2019

The amendment of the Chinese patent law has been ongoing for several years with at least four different versions published, respectively on August 9, 2012, January 29, 2013, December 2, 2015 and January 4, 2019. The latest draft published by the National People’s Congress on January 4, 2019 includes several interesting changes when compared with the previous version of the draft amendment.

However, the latest draft included a newly added paragraph. Specifically, the entity may use property right incentives, e.g. shares, stock options, dividends, to share the earnings of innovations with the inventors or designers and improve the exploitation of the invention.

It is interesting to note that “Bolar exemption” is available under the current patent law, i.e. application for drug approval is not considering a patent infringing activity, but extension of patent term is not yet available. This proposed change is a step forward to give strong protection for drug companies. There are no detailed provisions available yet regarding how the extension will be calculated and how to meet the criteria for “simultaneous” application for approval in China and abroad. The goal of this proposed change is to encourage foreign drug originators to bring their new drugs to the Chinese market as early as possible and hence make new drugs accessible to the Chinese people as early as possible. To this end, detailed rules regarding application for drug approval, the establishment of patent linkage system, the protection of clinical trial data, and the establishment of the Catalog of Approved Drugs (equivalent to the “Orange Book” in the US), have to be made available in the near future.

If the losses of the patentee, benefits of the infringer, or royalties of the patent are all hard to determine, the people's court may, on the basis of the factors such as the type of patent right, nature of the infringement, and seriousness of the case, determine the amount of compensation within the range from RMB100,000 to RMB5,000,000 (US$150,000 to US$750,000).  This is referred to as statutory damage and it’s upper limit is being proposed to be raised to 5 times of the current limit.

Where the infringer fails to provide the account book or materials or provide fake account book or materials, the People’s court may determine the damages by making reference to the claim made by and the evidence provided by the right holder. It follows that the plaintiff may want to claim high when launching the law suit. However, one factor that needs to be considered is that the court fees are related to the amount at stake. There is indeed a risk of higher cost in cases the plaintiff does not win the case, even if China does not have a loser pay system, i.e. the losing party does not need to cover the cost of the winning party in a law suit.

The latest draft amendment also proposed that when handling a patent passing-off case, the administrative office can confiscate the unlawful gains of the party who passes off a patent and, in addition, impose a fine of not more than five times the unlawful gain, which is increased from the current four times the unlawful gain. It is to be noted that the fine is a type of punishment on the party who passes off a patent but the patent right holder will not gain any financial benefit from the fine. It is also noted that in the previous version of draft amendment, the administrative offices were given the power to impose fine when they found repeated patent infringement of up to 5 time of the illegal amount of sales. However, in this latest version of draft amendment, such proposal was absent.

The latest draft amendment has provisions that specifically deal with online patent infringement. It provides that patentees or parties of interest may, on the basis of the verdict, adjudication, mediation made by the People’s court, or the order to stop infringement made by the administrative offices, notify the internet service provider to delete, block or break the link of infringing products. The internet service provider which does not take necessary measure after receiving the notice, should be held jointly liable together with the internet user who infringes the patent right, for the expanded damage. However, comparing with the previous version of draft amendment, a patent right holder has more obligations to fulfill in order to make online platforms to take actions, i.e. it must have already obtained a verdict or order before it goes to online platforms. In addition, the online platform’s liability is limited compared with the previous version of draft. They will only be held liable for the expanded damages caused by their failure to take actions, whereas in the previous version there was no such limitation.

It is also interesting that the previously proposed concept of joint infringement was removed and absent in this latest version of draft amendment. Specifically, in the previous version it was proposed that if a party knowingly provides to infringer, raw materials, intermediate materials, parts or equipment specially used to exploit a patent or induces another party to conduct patent infringing acts, it will be held jointly liable. For some reasons, this provision was not included this time. It needs to be noted that the concept of joint infringement, contributory infringement, or indirect infringement has never been present in any versions of the Chinese patent law.

Under the current patent law, if a dispute over patent infringement involves a utility model patent or a design patent, the people's court or the administration office may require the patentee or the interested parties to present a patent right evaluation report prepared by the CNIPA (China National Intellectual Property Administration, formerly called SIPO) through searching, analyzing, and assessing the relevant utility model or design, which shall serve as evidence for trying or handling the patent infringement dispute. In the latest draft amendment, it is newly added that relevant parties from both sides of the law suit may voluntarily provide the patent right evaluation report. This means that not only the patentee can request the CNIPA to produce the patent right evaluation report but the defendant is also able to do so. Under the current CNIPA practice, it is not possible for the defendant to request for such a report.

In the latest draft amendment, the previous proposed “License of Right” is renamed as “Open License”. Specifically, a patentee may express in writing to CNIPA its willingness to license their patents to anyone and specify relevant royalties and method of payment. CNIPA will announce the patentee’s statement and offer the open license. Patent right evaluation report should be provided with the offer of an open license for utility model or design patent. If a patentee withdraws its statement, the previously granted open license shall not be affected.

It is further provided that during the term of the open license, the patentee should not grant any sole license or exclusive license. In the previous version of draft amendment, the patentee is not allowed to request for preliminary injunction but this was removed in this latest version.

This latest draft amendment includes a new article 20 which is very broad anti-monopoly provision. Specifically, it provides that application for and the use of patent rights should follow the principle of good faith. Patent right should not be abused to damage public interest and other’s legitimate rights or to exclude or limit competition. 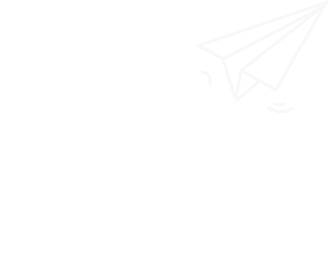 Highlights of the Draft 4th Amendment to the Patent Law published on January 4, 2019

长按图片保存/分享
上一篇 : You May Not Be Aware: Different Deadlines for Patent Matter and Trademark Matter at CNIPA下一篇 : Comparative Guide to Trademark Law 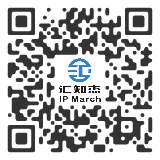