Home
About Us
Services
Professionals
News
Publications
Join Us
Contact Us

Review of the 4th Amendment of China’s Patent Law 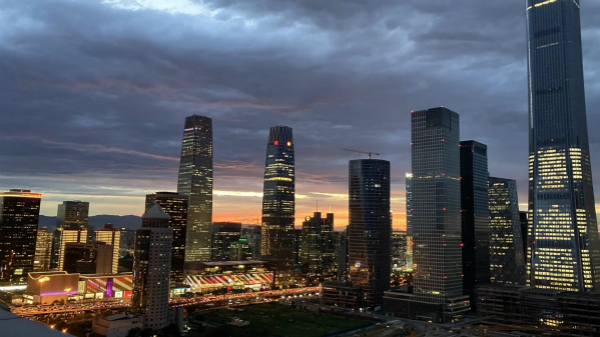 Twelve years from the third amendment of China’s patent law, the fourth amendment was approved by the Standing Committee of the National People's Congress on October 17, 2020. The new amendment will take effect on June 1, 2021. This article provides a detailed review of the changes from the current patent law.

If it is difficult to determine the losses of the patentee, benefits of the infringer, or royalties of the patent, the people's court may, on the basis of the factors such as the type of patent right, nature of the infringement, and seriousness of the case, determine the amount of compensation within the range from RMB30,000 to RMB5,000,000 (US$4,500 to US$750,000).  This is referred to as statutory damage and it’s lower and upper limits are respectively raised to 3 times and 5 times of the current ones.

Where the infringer fails to provide the account book or materials or provide fake account book or materials, the people’s court may determine the amount of damages based on the claim made and the evidence provided by the right holder. It follows that the plaintiff may want to claim high when launching an infringement law suit. However, one factor that needs to be considered is that the court fees are related to the amount at stake. Even if China does not have a loser-pay system, i.e. the losing party does not need to cover the cost of the winning party in a law suit, over-claiming increases the risk of having to pay higher court fees if the plaintiff does not win the case.

The punitive damages and the increased statutory damages, together with the reversed burden of proof for calculating damages are likely to significantly increase the amount of damages awarded in future patent infringement cases in China, which will create greater deterrence to potential infringers.

In China, a patent right holder can enforce a patent right through judicial route, i.e. people’s court or administrative route, e.g. local IP offices. However, local IP offices’ power to review and duplicate the relevant contracts, invoices, account books and other related materials and to seal or confiscate the products which pass off the patent, as mentioned above, is limited to patent passing-off cases only. The fourth amendment of the patent law still does not give local IP offices such power in handling patent infringement cases.

In the fourth amendment, the second aspect of changes from the current patent law relates to design patent practice. Specifically, it includes extended patent term for design, allowance of partial design and possibility of claiming domestic priority for design applications.

According to Article 42 of the fourth amendment of the patent law, the term of a design patent shall be 15 years, extended from 10 years as prescribed in the current patent law. It is believed that this change is part of China’s effort to join the Hague Agreement.

Article 2 of the fourth amendment redefines design as any new design of the shape, the pattern or their combination, or the combination of the color with shape or pattern, of the whole or a part of a product, which creates an aesthetic feeling and is fit for industrial application. This makes it possible to protect a portion of a product, often referred to as “partial design”. Under the current law, a design patent can only protects a complete product but not a portion of a product which cannot be separated or cannot be sold and used independently. Allowance of partial design makes design practice in China more similar to that in many other jurisdictions and offers broader protection of design patents. Without having to limit their design patent to specific complete products even though the design points are only related to certain part of such products, design patent right holders will be in a better position to protect themselves from infringers who may be able to avoid the risk of infringement by only copying their design points and using them in a different shaped product.

The allowance of partial design also renders design patent protection for graphic user interface (GUI) more useful. Applicants do not have to protect the product, i.e. the display screen panel, with the GUI, in their design patents, as under the current practice. Instead, a design patent may be used to protect the design of the GUI itself, with the other parts of the product disclaimed and presented by dotted lines. Even in the GUI itself, some parts may be disclaimed through the use of dotted lines. It will be interesting to see what standard will be used in the examination of partial design application.

In the fourth amendment, the third aspect of changes from the current patent law relates to

Article 42 of the fourth amendment provides that in order to compensate for the time spent in the review and marketing approval of new drugs, at the request of the patentee, CNIPA (China National Intellectual Property Administration) may grant compensation for the term of the invention patent related to the new drug which has been approved for marketing in China. The compensation period shall not exceed five years, and the total effective period of patent right after the new drug is approved for marketing shall not exceed 14 years.

It is to be noted that “Bolar exemption” is available under the current patent law, i.e. use of a drug patent for the purpose of application for drug approval is not considered a patent infringing activity, but extension of patent term is not available. The inclusion of patent term extension in the fourth amendment of the patent law better balances the interest of innovative drug companies and the generic companies. There are no detailed provisions available yet regarding how the extension will be calculated. However, it can be expected that this new provision encourages innovative drug companies, especially foreign drug originators to bring their new drugs to the Chinese market as early as possible and hence make new drugs more accessible to the Chinese people.

Article 76 of the fourth amendment of the patent law provides that in the process of review and marketing approval of a drug, if a dispute arises between the applicant for the marketing approval of the drug and the relevant patentee or interested party due to the patent right related to the drug applying for registration, the relevant party may bring a suit in the people’s court and request a judgment be made on whether the related technical solution of the drug applying for registration falls within the scope of protection of other’s drug patent. The drug regulatory department of the State Council may, within the prescribed time limit, make a decision on whether to suspend the marketing approval of the relevant drug based on the effective judgment of the people's court.

The applicant for marketing approval of a drug and the relevant patentee or interested party may also request an administrative ruling from CNIPA for the dispute over the patent right related to the drug applying for registration.

The newly added article introduces the so-called "patent linkage system" into the patent law, which provides an early resolution mechanism for drug patent disputes, aiming to resolve potential patent disputes before relevant drugs are marketed. However, by the completion of this article, detailed rules in this area still need to be formulated, such as availability of experimental data protection period for drugs, and the establishment of China’s Patent Information Registration Platform for Approved Drugs, equivalent to the corresponding content in “Approved Drug Products with Therapeutic Equivalence Evaluations” in the US, commonly known as the “Orange Book”. Other drug related measures may also need to be updated to reflect the changes in this regard, such as an updated application process for drug approval, or a revised Catalog of Approved Drugs.

As a matter of fact, on September 11, 2020, the National Medical Products Administration and CNIPA jointly issued "Implementation Measures for the Early Resolution Mechanism for Drug Patent Disputes (Trial Version) (Draft for Comment)" for public comments. On April 25, 2018, the National Medical Products Administration issued "Implementation Measures for the Protection of Drug Experimental Data (Trial Version)" for public comments. Neither one has been finalized and implemented yet. However, it is reasonable to expect that a full system similar to that established by Hatch-Waxman Act in the US will be available in China soon.

Articles 50 to 52 of the fourth amendment of the patent law provide an “Open License” system. Specifically, a patentee may express in writing to CNIPA its willingness to license their patents to anyone and specify relevant royalties and method of payment. CNIPA will announce the patentee’s statement and offer the open license. Patent right evaluation report should be provided with the offer of an open license for utility model or design patent. If a patentee withdraws its offer of open license, it must do so in writing and CNIPA will announce the withdrawal statement. In this case, any previously granted open license shall not be affected.

Interestingly, in order to encourage patentees to offer open licenses, the fourth amendment of the patent law provides that during the implementation period of the open license, the annuities paid by the patentee shall be reduced or exempted.

Patent term adjustment is made available in Article 42 of the fourth amendment of the patent law. It is believed that this change was made in line with the China-US phase 1 trade agreement. Specifically, where an invention patent right was granted after four years from the filing date of the invention patent application and after three years from the date of the substantive examination request, CNIPA shall, at the request of the patentee, provide compensation for the term of the patent with respect to the unreasonable delay in the examination stage of the invention patent. Not detailed calculation method is available yet.

Article 24 of the fourth amendment includes a new provision that relates to grace period. Specifically, disclosure of an invention for public interest in case of national emergency can enjoy the grace period of 6 month.

However, for a party that is not involved in an infringement law suit but is concerned with potentially infringement on a utility model or a design patent, it is still not possible to request a patent right evaluation report from CNIPA.

Copies of priority documents for claiming priority from a design application should be submitted within 3 months from filing an application for design patent.

The fourth amendment of the patent law includes a new Article 20 which is a very broad anti-monopoly provision. Specifically, it provides that the application for and the use of patent rights should follow the principle of good faith. Patent right should not be abused to damage public interest and other’s legitimate rights. Abuse of patent rights to exclude or restrict competition, which constitutes monopolistic behavior, shall be dealt with in accordance with the Anti-Monopoly Law of China. Currently, there are several laws, regulations or judicial interpretations in place to address the abuse of intellectual property right. However, it will be interesting to see how this provision is applied in litigation in the future.

Review of the 4th Amendment of China’s Patent Law